How to Battle From Idea to Launch and Survive

How to Battle From Idea to Launch and Survive

Who would have thought that inventing is the easy part when you are taking a product to market? 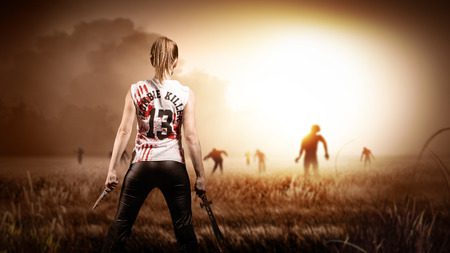 The most difficult thing about inventing a product is not inventing the product… it’s everything that happens next, if anything happens at all. Sure, you need to have a top-notch, functional, problem-solving, flawless product to make it in our competitive marketplace. But, that is one tiny piece of the massive product puzzle.

I could tell you the in’s and out’s of this in my sleep, because 1) I do product design, and 2) I do a lot of product launches, but I thought it might be more fun to share the insights and important lessons, you need to know, by sharing a real-life example with you.

It All Began In A Helicopter

Meet David Burnett, inventor of Tac-Clamp, he provided me both a cool story of designing with a need in mind, and also highlighted the real ‘hazards’ of designing with a need in mind. His story proves that no matter how well thought out your product is, or how much need there is for your product, you might still find yourself running into walls… a lot.

David was a Chinook helicopter crew chief of the 160th Special Operations Division. While he would load the aircraft with customers, be it Rangers, Seals, SF, or Delta, it was always the same cadence: get on, secure the gear, and get comfortable. However, the “whole securing your gear” predicament is where David’s Tac Clamp was born. While it was sufficient to secure gear during departure, upon landing in dark or intense conditions, it became cumbersome to detach the gear and move on with the mission.

So A Product Is Born, And Barely Survives

After jumping back into civilian life, David pursued the launch of his Tac Clamp and learned some valuable lessons. Between pending utility patents, and the lengthy process it takes to even secure patents in the first place, that feeling of running into a wall repeatedly became normal. David has learned so many lessons on this road to launch, and here they are:

Buckle Up, Or Tac Clamp In

Product design, launch, and survival is not for the faint of heart. David has learned so much since he began a few short years ago, and you should expect your path to be the same, even if the lessons are slightly different.