The food revolution is real; it’s here, and it’s taking a slice out of traditional pizza. 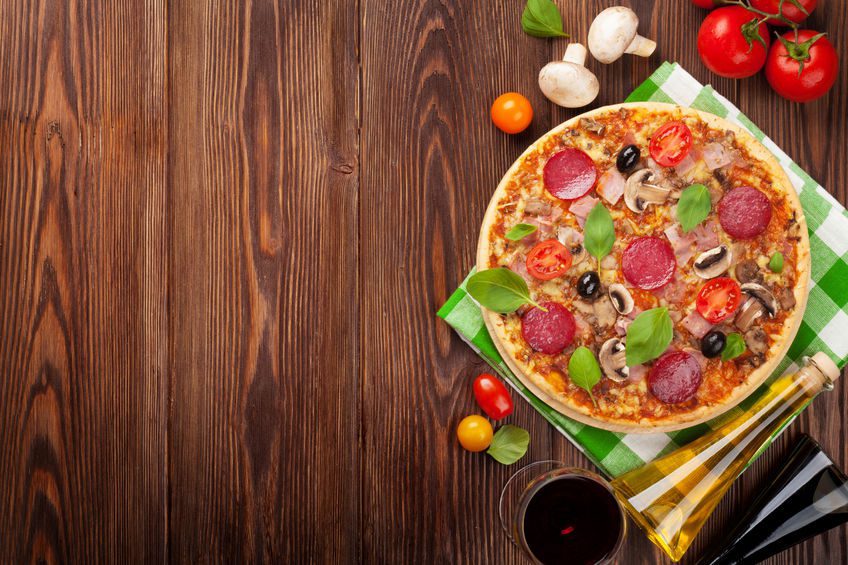 Individualized, completely customizeable food has been on the rise ever since Chipotle brought us the realization that we could have exactly what we wanted, every time. A lot of food joints have followed their lead and the designed food choices are almost endless, with places like Noodles & Co., BiBiBop, and Piada showing up everywhere.

Meet The Most Awesome One-Uppers, Ever.

If plain old topping options aren’t enough for you, say hello to the team at BeeHex. They design and build commercial 3D food printers and fresh-food producing robots. Yea, you read that right. Their food printers can print you the pizza of your dreams (and matched to your diet), and quickly. So it’s no surprise that they just wrapped up their seed round and brought in $1,000,000 to keep their food revolution alive.

It’s not just the fact that 3D printing your food seems cool, it’s incredibly efficient, clean, consistent, and can be personalized all the way down to dietary needs or restrictions. Think about the benefits to restaurants alone. When the BeeHex team started, their completion timing for each pizza was right around 6-minutes. They’ve managed to get that down to just one minute, and the pizza itself is the creation of, Pasquale Cozzolino, a Michelin bib gourmand-rated chef. Point being: It’s a delicious and well thought-out recipe.

Will the Printer Ever Make It to Mars?

The amazing engineers behind this 3D food printer actually began the project for NASA. The whole idea was to create a system that would allow customized food in space. Because the pre-packaged, freeze-dried everything, and protein bars get old after, say a year or two. Mars is a long mission and the printer came to life to accompany humans on those missions. Unfortunately, the group lost their funding due to congressional budget cuts, but thankfully, the printer lived on. Well, sort of. The original prototype is still in the hands of NASA, but the guys at BeeHex created something new, better, and more complete, to meet the demands for good food fast.

It’s tough to say whether or not the idea or printer will somehow make it to Mars one day, but it’s definitely a shining star here on Earth. This seed round is an exciting pivot point for BeeHex, as they look at new ways they can revolutionize food for you.

Grow your product sales into European markets without risking and losing it all.   The volatility in markets, here and around the world, have actually encouraged businesses to take action and...

Could This Startup Give Party City A Run for Their Money?