Staying the STEAM Course: How We Can Show Girls That They Can Do Anything

Staying the STEAM Course: How We Can Show Girls That They Can Do Anything

Full STEAM ahead: into the future of making space for girls in the career fields of Science, Technology, Engineering, Art, and Math. 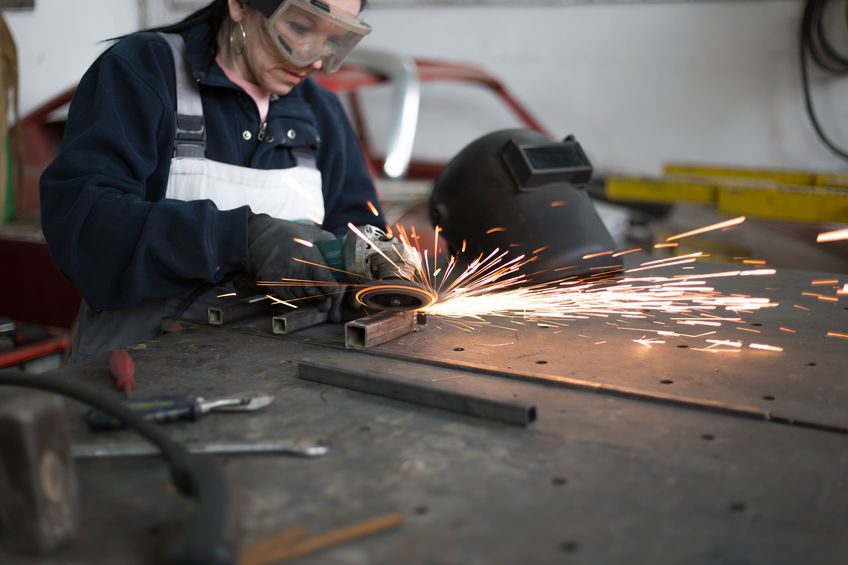 According to a recent report by Microsoft, girls and young women remain less likely to pursue education and careers in science, technology, engineering, and math; in short, STEM, or STEAM if you consider the lack of women in design. As a mom of daughters, this hits too close to home. As a woman deeply involved in a variety of STEAM businesses, projects, products, and startups, I feel a sense of duty, to bring awareness, not only to the issue of lack, but also to potential solutions. Why grow a voice if it can’t be used to encourage change?

Mary Hadley from MakerGirl talked with me about their Girl STEM Education and mentorship program. MakerGirl is an organization that started in 2014 at the University of Illinois, and introduces young girls to the exciting world of STEM fields through 3D printing sessions and creative activities. Their goal is to show girls, especially in the age range of 7-10,  that they can be both analytical and creative  in one space. And, even more impressive, is they are teaching girls, through 3D printing, that they can fail, start over, troubleshoot, and figure it out, and that it isn’t a bad thing to work through that process… something I don’t think we instill often enough.

Mentorship Is Still So Underrated

Recently we have been seeing ads on TV from GE where they were having everyone thank their mentors. That’s what MakerGirl is creating by creating a mentorship environment from the college to the early elementary ages. I love their approach because it fosters that attitude of mentorship throughout the entire career. Many of us women haven’t found the right female mentors over time, which is  detrimental to long-term careers.

We Mirror What We See and Believe Is Possible

Hadley pointed out that one of the MakerGirl team members is always speaking the message that, in order to feel like you belong somewhere, in a certain field or career, you need to see someone that looks like you. And I couldn’t agree more. The girls go into a workshop or class and see women in these colleges, in these courses, in these STEAM fields, and it lets them know they belong there. On the flip side, the lack of women right now, is teaching the opposite, and I believe, dissuading girls from staying the STEAM course.

I really like the curriculum-based side of MakerGirl. All of their sessions have a little theme that’s tied to them to make each session a little different. Hadley shared that, to choose session themes, they often ask the girls what they want to be when they grow up, and try to build that into 3D sessions, which is showing possibilities on an entirely different level,

Why Such A Heavy Focus on Such A Small Age Range?

Data has shown us, time and time again, that middle school is when girls fall off the STEAM train. MakerGirl, using this data, is focused on trying to boost and invigorate the girls interest before it drops off, which makes a lot of sense. 3D printing is so unique and has such a cool factor to it, that I imagine this draw at least gets their participants wondering enough to attend their first class.

Holding their first pilot session at Harvard is only one of the many highlights this past year has shown the MakerGirl supporters. Hadley talked with me, enthusiastically, about new growth and plans for the new year, and her energy was contagious. Of course they plan to continue their #MakerGirlGoesMobile road trips, something you can (and should) learn more about.

Looking Ahead for MakerGirl

In addition, their plans for college campus partnerships feels like it’s just the beginning. Since their start in 2014, over 3,000 girls that have gone through their program.  “Our big goals right now are to have ten academies and reach 10,000 girls by 2023.”  When I asked Hadley, as we closed out our interview, if there was a certain area of 3D they hoped to focus, medicine was front and center. As I am typing this, a woman in Australia just received the very first 3D printed jaw implant, which brings me to my final point: These aren’t just workshops or curriculum. It isn’t just printing. This is an opportunity to change the world  and the future by shaping the right now. This is our chance, as a collective society, to see lack and turn it into abundance. These young girls will, without a doubt, if given the opportunity and mentorship, change the world for your children, and their children, a mission I can stand behind 100%… how about you?